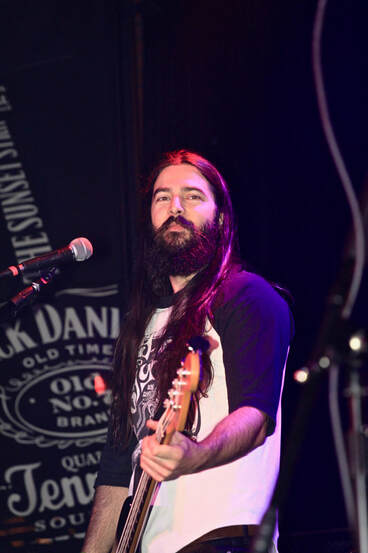 If you see a tall biker with a bass guitar strapped on his back, it just may be Michael Dwyer on his way to a gig. The Green Bay, Wisconsin native traversed the convoluted world of rock and metal by way of the classics, Sesame Street and The Beatles. In Michael's own words, Paul McCartney and Sesame Street caught his attention at an early age, because "the chords are more pronounced" in their music. Growing up the son of a clarinet playing mother and a father with a thirst for drums, it was no surprise that he soon developed a keen interest in music. By the age of six, Michael began tickling the ivories, adding the trumpet to his arsenal by the time he was thirteen. Despite the diverse methods of making music at Michael's disposal, he eventually adopted bass guitar as the instrument he chose to give a voice. About the same time, he discovered bands like Metallica, developing a writing style that combines his classical training with heavy metal. Michael joined Lucid Entendre, a punk rock band by the time he was fourteen. Performances at his church, battles of the bands and his high school were quite different than the recitals he had grown accustomed to. Leary of Michael's musical direction, his parents nevertheless remained supportive, allowing him to hone his craft, becoming one of the most dynamic bass players to emerge in decades.

Following high school, Michael attended J. Sargeant Reynolds Community College, where he received his associates in music recording by the age of twenty. Although Michael possessed the skills to begin a career in music recording, he yearned to be on the other side of the microphone. Indeed, he wanted to attend the prestigious Musician's Institute in Los Angeles. He certainly had the skills to apply, but a school of that stature commanded a high tuition, prompting Michael to save his money for the next year and a half. Following a successful audition, Michael became a student at M.I. The school was so impressed with his playing, they actually hired him to play for their drum and guitar classes. Following graduation, Michael was tapped to teach the intro to bass class at M.I. 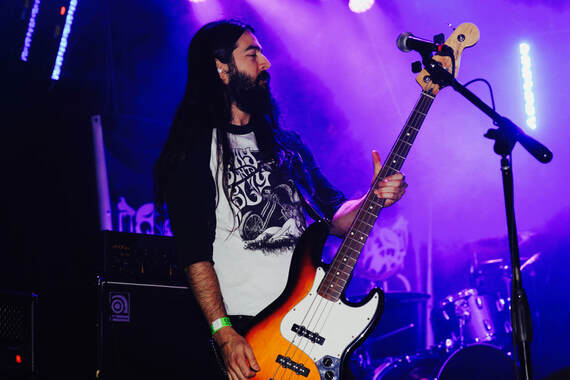 In 2013, Michael auditioned for The Rocky Kramer Band, and was immediately selected amongst a multitude of other applicants. Music industry alum Kim Richards (Pink Floyd; Queen; Renegade; Andy Gibb) who is producing the upcoming Rocky Kramer album "Firestorm," comments that "Rocky's music finds its genesis in classics, and having the right bass player is essential. Michael's musical instinct is perfect; always mixing melody with dynamics and never allowing the song to lose foundation. On bass he's a monster with incredible control of his instrument, yet he's unassuming, humble and gracious in person – a real pleasure to work with!"

In addition to his duties as bass player and backup vocalist for The Rocky Kramer Band, Michael continues to teach at M.I. Michael counts amongst his musical influences Bach and bass players Cliff Burton, Roger Waters and Chris Squire. His hobbies include golf and of course – motorcycles. Michael proudly uses and endorses D'Addario, Planet Waves.